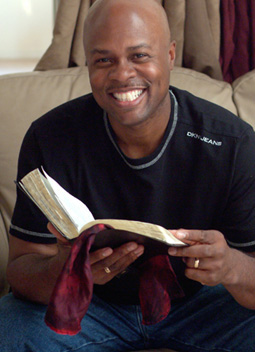 I think one of the first things people ask is whether or not what I do is biblical. I’ve noted the biblical context as well as my personal history of how the Lord brought me into this ministry on the Biblical Context page.

How Scarves are Created

One of the other questions I often get asked is, “So how do people tell you what they want their silks to look like?”

The answer is – most of the time, they don’t. As a matter of fact, most of the time they don’t tell us much of anything – they just order a silk (picking the type, size, and fabric) and ask us to do whatever the Lord says.

Since early 2012, we’ve had a prophetic team that supports the ministry and they are available to birth new words or expand existing ones. We’ve discovered that two people can receive the same word and hear two completely different things through them because they’re being filtered through where God has them at that moment. It’s not about it being a “new” word, it’s about it being the “right” word.

So our process begins with God answering the question of whether we’re dyeing a new style silk or one that already exists (we have a database with all the words we’ve birthed since 2008 when we started collecting them there so we could update and expand them as the Lord leads).

When we birth a new silk (or expand one) we collaborate as a team, contributing pieces as we receive them, and also indicating which pieces bear witness that others have contributed. Here’s a list of some of the things you may find in one of our silk letters (and for more information visit About Our Silk Letters & Art Words):

We have some awesome testimonies! There’s been times where He’ll have us make a scarf that hasn’t been ordered yet and frequently within a day or so someone will need one exactly that size – you see He knew who He was having us make it for even before we did! And in 2016, we added Dyed4you Readymade where everything people buy is already made, and we get awesome testimonies from those too. We just believe God will draw people to the ones He wants them to have. You can’t put God in a box.

Sometimes the Lord will have already been speaking to the person buying the silk about a particular color or scripture… or even what it will be used for. You see – it’s not all about us and what we want to say – it’s about Him and what He wants to say through us and through this ministry. 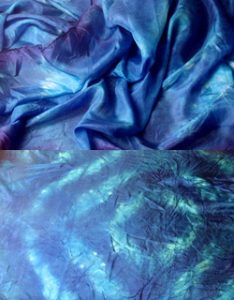 Who Receives the Silks

These scarves are God-directed or they’re not created. There was even one time when someone put in an order for a scarf to give as a gift to someone. I prayed for two weeks and got nothing. I called my prophetic intercessor friends and they got nothing either. Finally, I went back to the person who ordered it and she said she hadn’t been sure whether she was supposed to get it or not – she thought it might be too much for that person! Wow!

On other occasions, I’ve been creating a scarf that I thought was for one person and the Lord has told me after it is complete that it was actually for someone else. You can see one example of what an enormous blessing that was in the scarf story: Resting in His Glory.

There’s been other times when the Lord has prompted me to give scarves away as gifts to unbelievers, but not to share the name of the scarf – just to let them enjoy it – let it minister to their hearts. The Lord’s desire is to draw them in not to chase them off!

By the same token, He’s also had me give scarves to unbelievers not only with a name, but a prophetic word too and they have been an amazing way to share the gospel with those who the Lord so desires to have turn their hearts towards Him!

The Fruit of the Ministry

I realize that the whole concept may sound a little nutty. Honestly, I feel nutty telling people sometimes! But the reality is that these scarves are impacting people’s hearts and lives. The scarf stories, anecdotes of how God speaks through silk, and the testimonials are just a fraction of the stories I hear about how people are affected. I am truly blessed to get to be a part of this ministry…