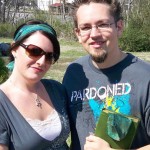 This is sort of a fun story for me because God stretched me in the middle of it too!  Many of you know that Dyed4you isn’t really just about getting a beautiful piece of silk, it’s about getting a word from the Lord that happens to have a tangible silk reminder 🙂

Increasingly I sense the Lord shifting me away from simply “executing” creating scarves (in other words, when people simply pick the scarf they want like you would in a department store) and focus on delivering His word in season to those who order.  The interesting part of this is helping first time buyers understand how it all works!  And there in begins our story.

I got an order from someone requesting 3 specific colors of dye.  It may sound strange, but I don’t think that’s ever happened before – people who want to pick, do so from the Popular Styles and the others let me simply be led of the Lord (though they may give a color family, which is not a big deal).  One thing I’ve learned is I can’t dye it unless I “catch” the vision – because this is a Spirit thing, not a flesh thing.

So the order came in with the 3 colors of dye noted and immediately the Lord shows me a scarf style, River of Promise (used in the Stand Fast D4Yart image) – only problem, it only has 2 of the 3 colors mentioned and it has a 3rd color not requested.

I sent a note off to the customer explaining what I got, and she very sweetly responded that it was fine if I did it, but “couldn’t God and I add some gold?”  (Gold was the 3rd color not in it.)  Also in her note was a comment that completely confirmed the scarf the Lord had identified. So I knew what the Lord had already shown me was right on.

I began pondering her email and I tried to explain to God that “the customer is always right” and is it really a big deal if I just add a little gold shimmer…?  But at the end of the day, yes, it is a big deal if I in my flesh don’t follow what the Lord has instructed and shown me.  After arguing a little longer and struggling with a desire to people please, I finally decided to simply explain all the thoughts and what I had understood God to be saying… obedience to the “T”.

So I sent an email back explaining all of it and waited for the response and instruction on how to proceed and then I waited. The Lord decided to let me sit in a place of obedience without reassurance from a human – character building time!  So for days I didn’t hear back. Finally, I contacted her on Facebook only to discover that she hadn’t gotten the email yet – apparently it having gone to an account not regularly checked. 🙂

She went and read the email and was COMPLETELY supportive and released me to do whatever the Lord said. The Lord then instructed me it was a word for their household and that I was to make a “man scarf” for her husband in the same style and also bless them with a printcard of the Stand Fast image.

They were thrilled when they received their package!  The husband sent a sweet note on behalf of them both shortly after the package arrived:

My wife ordered a scarf recently and requested certain colors. You had wrote back to her and asked her permission to change the scarf to another one. I’m glad you did. It was such a confirmation to us because of where we have just come from, where we are, and where God is taking us to.

The scarf you sent was called “River of Promise”. The colors in the scarf confirmed for us perfectly what we know is happening with us now. You also sent us a “man scarf” for me which was a blessing and artwork called “Stand Fast”. I would have to write a whole article to tell you what God has just delivered us from in a very controlling situation(that is actually an understatement).

God has spoken over me that I have a prophetic anointing on my life and the color “royal blue”-representing the prophetic word of the Lord confirmed it for me. Also the turquoise-the river of God flowing down…was another confirmation.

Lastly but not least…you sent us a word for us as a couple. You don’t know what lengths the devil and the Jezebel spirit has gone through to try and separate me and my wife and to control my giftings. Again I just thank you and I will keep in touch.

I just love how God works!  We all got to be blessed by what He had planned – He is so good.

12 thoughts on “Letting the Lord Speak”