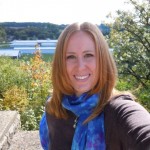 It’s fun to see with the silks how the Lord speaks through them over time. This is a great example of one that increased in personal meaning over time as the Lord revealed the fullness of His message to this individual. And who knows but that He is also prophesying over her about a future time when she will be better versed 😉

I had revelation today.

Today I was reflecting on how much I love to prophesy over people. I love speaking things to people that they either do not know or they have heard/sensed before and hear it as a confirmation. It blesses me SO much and I am so thankful God uses me in this way. While I was pondering all of this I had a moment when I realized more about what the scarf really meant for me. I had thought that Proclaiming the Word of God really meant Proclaiming Scripture. It does fit but it is not the full picture. The other piece is about proclaiming what God is saying about a person or people. Proclaiming What God is Saying Right Now (also referred to as prophesying).

God, how fun you are.

So the scarf has a HUGE new meaning for me now. 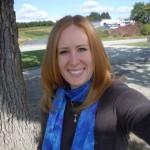 7 thoughts on “Revealing the Word”