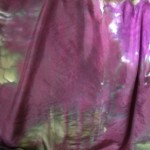 Recently, I had someone order a scarf for someone who is Russian and speaks no English. I have a Facebook friend who is Russian – someone I had never met before, but was acquainted with through mutual friends because she is part of our online church family – and so I contacted her and asked if she would translate for me, which she was happy to do. As a thank you, Father instructed me to send her a silk of her own 🙂

Yesterday, she tried to contact me to thank me for her gift. She was crying so hard in her message that she finally just had to hang up because she could no longer speak. Father had touched her that deeply with her gift. The story I’m sharing with you here is from the two messages she left me as well as from our phone conversation.

She and her family have been going through a very trying season. It’s been so difficult that on a particular day she had finally just asked the Father is He even knew her! She’d cried out about how alone she and her family felt. She had asked Him if and how He was going to protect her. Her heart just cried out these questions to Him from the depth of her being.

Immediately after pouring her heart out to the Father, she opened the package that she had received from Dyed4you. Inside was a silk called In the Charge of Angels. Instantaneously she felt this wave of shalom come over her, a tsunami of peace.

She saw that the silk was her favorite colors and was so blessed at Father’s attention to detail, but still nothing prepared her for what she read in the letter. She said it was the clearest and loudest she’d ever heard God’s voice, it felt like the Father Himself had written her a letter because He addressed the questions she had just asked Him point-by-point. It was such an encouragement!

She had asked Him if He even knew her and in the letter it speaks to the fact that He knows her and every detailed aspect of her life and every need – “every area of vulnerability, every desire for comfort and safety, every uncertainty”.

She’d spoken of being alone and He’d said “This silk is a tangible reminder that there are many more ‘with us’ than against us.”

She’d asked how He was going to protect her and not only did He remind her His angels were covering and protecting her, but He also said to her that “You are under the camouflage of the Holy Spirit, much like the covering the Lord extended in Luke 4:29-30, ‘And they rose up and drove him out of the town and brought him to the brow of the hill on which their town was built, so that they could throw him down the cliff. But passing through their midst, he went away.'”

Point-by-point He had addressed her specific questions and concerns. And He’d answered them before she had even asked. She was overwhelmed by His peace and truly felt it in a way that surpassed human understanding. Even her husband could see the tangible shift in her and he too was blessed as he read the letter.

And finally, let me share her exact words from one of her messages:

I’m VERY blessed with this beautiful scarf you gave me! It will be on my neck every time I go, wherever I go. It is my favorite. It’s the best I ever had!

I desire the best from our Father for your marvelous ministry! You just bless so many people, it’s just incredible. Those scarves are truly alive and they speak to the hearts of His people. They are alive! And they can talk – they speak! This is truly anointing! Hallelujah!

20 thoughts on “God Answering Her Questions”