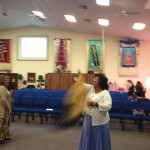 This is a neat story about a pair of swing flags being used at a ladies retreat (video of flags will follow shortly).  There were also several scarves given as gifts at the retreat so we may hear more stories, but in the mean time this is a good one!

I’ve been blessed greatly with my Crown of Glory swing flags. I’ve shared the experience with others.

This past weekend we had our Women’s Retreat, and when a lot of women seeking to worship Father together. Things happened. We were greatly blessed but the most amazing things happened after the meeting was over.

During worship of a regular Sunday service a few weeks ago Father told me to bless my Pastor with one flag, but I wasn’t willing. 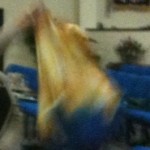 So Friday after our first night of the retreat she approached me and told me she had been blessed greatly with how I was worshiping with the scarves.

I handed one to her and her first remark was ‘Glory, this scarf has a powerful anointing upon it.’ She then spent several minutes worshiping with it. Then she told two of our guess speakers to try them, and they too said there was an awesome anointing upon them. And then the flags were passed on to two other worshipers and then back to my pastor. She then continued to worship for quite some time after.

The next morning she told the entire congregation about the scarves and that the main guest speaker had a pain on her knee that she could not explain. Pastor told her about the power that she had felt upon the scarf/flag. She passed it to her and she stated she was healed instantly.

It was an amazing weekend. On Saturday during the praise portion of the service, Pastor danced through the sanctuary with her Crown of Glory swing flag. A woman after that was reborn into her faith and delivered. Then all the women came out and worshiped freely. 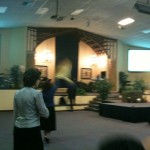 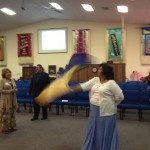 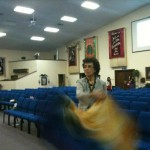 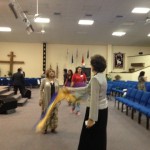 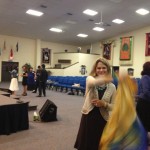