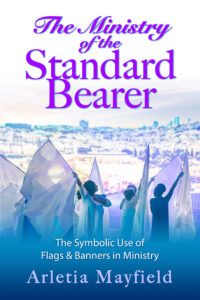 This post is a quote of an article by Arletia Mayfield (she has a book available on her site), which she posted on Owlcation. When I initially posted this blog, I was not familiar with this sister in Christ personally (nor this website), but the article had so much in it that pertains to the Dyed4you Community I wanted to share it because I believed you’ll be blessed by it (The original article (which she appears to update regularly) is available here).

Then Arletia (the author – a precious sister in Christ and mighty woman of God) contacted me when she saw this post, and I’ve been able to get to know her more and see her book. This was the quote I shared with her about her book:

I love the thought provoking and challenging content! A beautiful tool to take people deeper in their times of worship through greater understanding of symbolism, history, and biblical foundation. The book challenges them to higher levels of holiness and encourages the reader to examine their heart motivations as well. I believe readers will be more intentional in their worship for having read this, and that ultimately will lead to deeper intimacy with the Lord.

The Ministry of Banner Bearers

The purpose of this article is to give a brief, biblical foundation of the praise dance, flag or banner ministry for people that may have seen this kind of worship done in church or at church events, but did not have an understanding of why and how it is used for ministry.

The flags and banners used in ministry are symbolic. Symbolism is used a lot in scripture. When Jesus spoke in parables, he used symbolism to hide the mysteries of the gospel from some and revealed it to others. In the book of Matthew, chapter 13, verses 10 and 11, Jesus is asked by his disciples why he spoke to the people in parables, He answered and said unto them, because it is given unto you to know the mysteries of the kingdom of heaven, but to them it is not given. In the Bible, God often used His prophets to demonstrate messages through symbolism, and the mysteries of the gospel are still being revealed through his Holy Spirit through the gifts and talents of worship arts ministers.

Flags, Banners, Ensigns and Standards: According to the dictionary, the word “flag” is a piece of cloth, usually rectangular, of distinctive color and design, used as a symbol, standard, signal, or emblem. This word is not used in the Bible in the same context, but for the purpose of this article, it will be used interchangeably with the words “banner” and “ensign”. In Strong’s Concordance the definition of what we commonly refer to as a “flag” is called a “banner” or “ensign” in the Bible” Below are biblical definitions of these words with supporting scriptures.

Standard (5127) – To flee, to escape, to put to flight, to depart, to cause to disappear, to hide.So shall they fear the name of the LORD from the west, and his glory from the rising of the sun. When the enemy shall come in like a flood, the Spirit of the LORD shall lift up a standard against him. Isaiah 59:19

Standard (5251) – A banner, such as was set up on high mountains, especially in the case of invasion, when it showed the people where to assemble. (ensign, pole, banner, sail, sign.) Set up the standard upon the walls of Babylon, make the watch strong, set up the watchmen, prepare the ambushes: for the LORD hath both devised and done that which he spake against the inhabitants of Babylon. Jeremiah 51:12

Ensign (226) – 1) sign, signal: A distinguishing mark, banner, remembrance, miraculous sign, omen, warning 2) token, Ensign, standard, miracle, proof. And the LORD said unto Moses, Bring Aaron’s rod again before the testimony, to be kept for a token against the rebels; and thou shalt quite take away their murmurings from me, that they die not. Numbers 17:10

Ensign (5264) – To be lifted up or displayed. To exalt. And the LORD their God shall save them in that day as the flock of his people: for they [shall be as] the stones of a crown, lifted up as an ensign upon his land. Zechariah 9:17

Jehovah Nissi – The Lord Our Banner: There is only one place in the Bible that God is referred to as Jehovah Nissi. It is in the book of Exodus, Chapter 17. Moses identified the Lord as the banner under which Israel defeated the Amalekites. To seal this declaration, he built an altar and called it Jehovah-Nissi (the Lord our Banner). In battle, opposing nations flew their flag on a pole of the front line. This gave the soldiers a focal point and hope. The story begins in verse 8 and continues through verse 16. However, as you read, the revelation of Jehovah Nissi is clearly revealed through the events that occur in verses 11through16.

Symbolically, Moses with his raised arms, served as a banner for Israel. They were encouraged and victorious whenever they saw his arms raised. But Moses, being the humble and submitted servant that he was, recognized that it was not by his might, but by the power of the Almighty God whose banner he was under that was the true source of their victory. He also leaned on the physical support of Aaron and Ur who held his arms up when he grew tired and weak. And so, it was written as a memorial in a book, and we have read and understood. Therefore, as you minister to the body of Christ with banners and flags, you are declaring that we are strengthened, encouraged and victorious in Jehovah Nissi – The Lord our Banner.

Why Flags? There are many ways that God can use your gifts and talents to convey messages to his people. As you minister with flags, you are declaring to the body of Christ that the Lord Is Our Banner. Our flags identify us as His children, His messengers, His servants, His Salt, His Light and His beacons on earth. As such, we lead, guide and point to our Father in heaven and His son by expressing His word, rejoicing at God’s promises, reminding the body of Christ of the imminent return of Christ, calling sinners to repentance and exalting God for being who He is – the magnanimous creator that is worthy of all honor, glory and praise.

Flag and banner worship arts ministers are called to; lift up a standard against our enemies to put them to flight;identify ourselves as children of the Most High God; be a testimony of Christ; and exalt our Lord.

Specific ways that flags and banners may be used symbolically include:

Don’t worship the gift: In closing, It’s a wonderful thing to discover where your gifts and talents fit in the body of Christ – especially in an environment where there is liberty and freedom to worship God through the creative arts. However, some people get so caught up in the gift that it becomes an idol in their life. They end up chasing the gift and looking for any opportunity to demonstrate their talent instead of being used by God. The creative arts is an area of ministry where consecration and sanctification are particularly important in order to minister in spirit and truth. The worship arts minister is an intercessor, worshiper and instrument of praise, not an entertainer.

Flag colors and styles are not covered in this article, but they do have symbolic meaning in this ministry.